Paul Bennett first started playing guitar with Bill Gaton's Jug Band. He and Bud Mote , Ed Elkins and Clark (Shorty) Helton later sang and played together as the Stone Mountain Boys. They were on the Crossroad Follies and were very popular on all the radio stations in the eastern part of the United States.Offered a job on the Grand Ole Opry when it first was formed, by Lou Childers, but  they continued playing together for many years. Paul was a great singer/songwritter. Two of his most popular songs were "Almost Home" and "I Touched The Helm Of His Garment" which he recorded and released on the Stone Mountain Label. They were also recorded and released by Cowboy Copus and The Premitive Quartet, Ralph Standley, and many Others such as the Brannon Family recorded "Almost Home" and claimed they wrote it. But I, Danny Mote wrote the lead sheets for my Uncle Paul Bennett in 1959 for his copyrights on those two songs. Paul was a great song writter . His sister Opal, married my Dad Bud Mote. Opal Records was named after her in 1961.Paul married Louise Clark, they had three children, Linda, Paulett, and Connie. 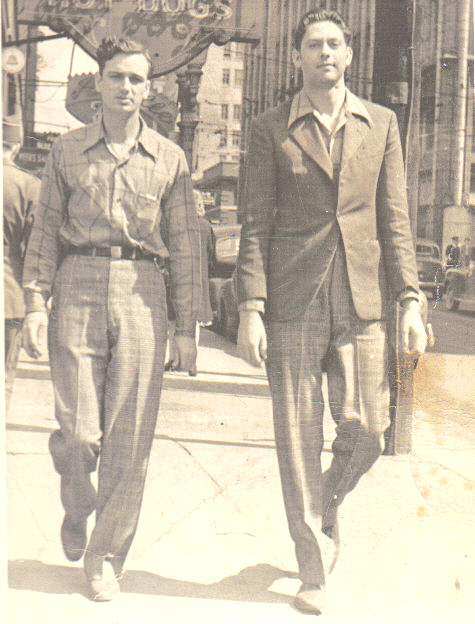